The International Tax Round Winter 2022 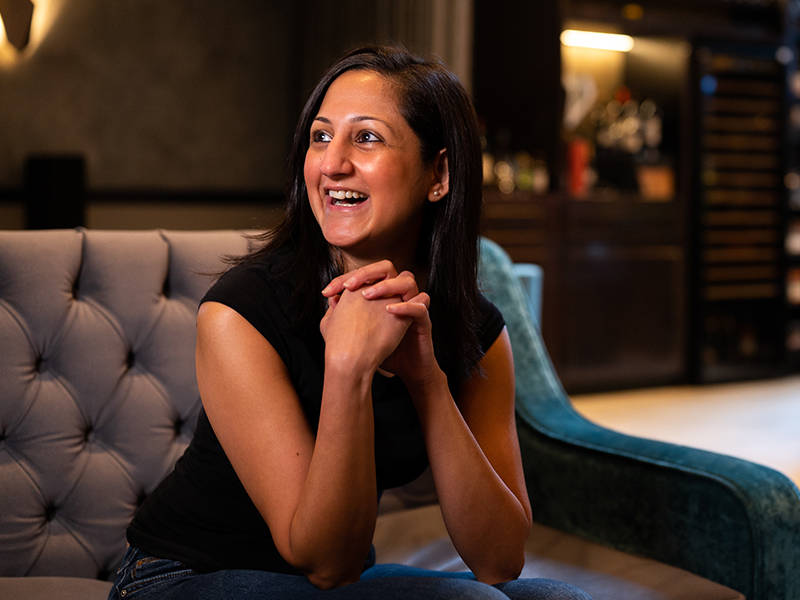 The winter edition of The International Tax Round is here! In this edition, Sonal Shah keeps you up to date on the OECD’s model reporting rules for digital platforms, the Register of Overseas Entities and discusses whether offshore trusts can still provide tax benefits.

As the smell of cinnamon drifts through the air of our snug local trattoria, dotted floor to ceiling with festive trinkets, I can’t help but wonder how yet another year is rushing to a finish.

Life has felt exceptionally full this year but penning the International Tax Round always prompts a therapeutic reflection process and, with that, a sense of gratitude for all that has been achieved in a short space of time.

A recent international conference in sunny Miami provided a great opportunity to re-energise and reconnect with colleagues across the globe. Spirits were high and conversation in full flow, with a regular theme of concern arising around recruitment woes and a narrowing pool of industry talent. And who can forget the mini-budget announcement? Though not massively surprising, hopes are palpable that it helps to resuscitate the economy.

Closer to home or - more precisely - right at home, my renovation project continues, and things are taking shape. I can only hope however that my builders won’t jump out of the windows they’ve created – much to their dismay, I’ve just increased every window size and requested two additional skylights [at a fairly late stage]. Alas, my longing for natural light simply cannot be suppressed.

As I confided in my colleague about my glazing grief, he told me that there was once such thing as a window tax - a type of property tax based on the number of windows in a property, first introduced in 1696. In order to avoid this levy, some households would brick-up their window space. Well, they say you learn something new every day…

Undoubtedly this year has been packed and despite the shock of its speed, I’ll be welcoming the opportunity to wind down over Christmas and spend time with nearest and dearest. In particular, I’m looking forward to relaxing with a glass of warm mulled wine – I hope you’ll join me!

In this edition, I'm pleased to bring you the latest on:

HMRC has published a summary of responses to its consultation on implementing the OECD's Model Reporting Rules for Digital Platforms, which require digital platforms to report details of the income of sellers on their platform to the tax authority and also to the sellers. The ultimate aim of the reporting rules is to improve tax compliance by sellers using digital platforms. The consultation outcome publication formed part of the draft Finance Bill 2023, which was published on the same day.

The responses to the consultation varied but the government has confirmed that it will implement the majority of the proposals contained in the consultation. One key announcement was that the new rules will not include the proposed exemption for small platform operators, due to concerns regarding fraud raised by a number of respondents. Details of the penalty regime applicable for non-compliance are also included.

Offshore trusts – are they still useful?

Given the recent media attention to offshore trusts and the complexity following the implementation of anti-avoidance legislation, it is useful to revisit whether setting up such structures are still beneficial from a UK perspective.

In an attempt to increase transparency, it cannot be denied that trusts, like many other structures, are subject to ever increasing levels of regulation. For example, the registration on UK trust register. However, setting this aside, some individuals do value the additional layer of protection provided as well as the asset and wealth protection within the ambit of estate planning. In addition, the perceived attraction of offshore trusts, being the limited exposure to UK taxes still stands. Albeit, the tax incentives have been dampened so that the limited exposure only applies in circumstances where the trust does not hold any UK situs assets (including UK land and property directly or indirectly) and provided the trust was established by a non-UK domiciled settlor.

Based on the above, trusts are still beneficial, so long as the relevant rules are observed. The reality is however, for the UK based individual, there is now relatively little advantage in using an offshore trust as a private wealth vehicle, but still relevant for those looking to preserve wealth for future generations. On the other hand, for individuals who are highly mobile, it is something to be explored but of course to those whose circumstances and means justify their use.

We discuss whether offshore trusts are still beneficial from a UK perspective in more detail on page 22 in the latest edition of the XLNC magazine. Read it here.

Like many countries, including the whole of the EU, the UK used to operate a tax-free shopping system where VAT on purchases by overseas visitors would be refunded once proof was obtained that the goods had been exported. With the UK leaving the EU this offering was dropped, apart from in Northern Ireland as the province is still within the EU Single Market.

A few weeks ago, although it feels longer, Liz Truss announced that tax free shopping was being reintroduced only for it, along with most of her tax plans, being abolished merely weeks later.

Apart from Northern Ireland, we consider it is unlikely that the UK will see Tax Free Shopping reintroduced any time soon. Part of the issue is that most customers in the EU would be able to take advantage of the scheme which would be a big loss to the treasury at a time when probably more tax needs collecting.

If you do visit the UK and intend to buy goods you should arrange for the retailer to directly export the goods to your home outside of the UK, which will still be VAT free.

Register of Overseas Entities – the quirks

The Registration of Overseas Entities legislation is now fully operational with the registration process via Companies House effective from 1 August 2022.

Whilst applicable to overseas companies/partnerships owning UK land, there are various other entities/scenarios which need to be considered and may result in a requirement to register the overseas entity with Companies House;

The deadline for registration is 31 January 2023.  The overseas entity must also file an annual update one year after it was registered, and every year after that.

Where land is deemed to be caught by the legislation, a restriction will be added to the legal title preventing a disposition until the overseas entity can provide either confirmation of registration via the Overseas Entity ID, which is provided once the application to register has been accepted, and confirmation it has complied with the updating duties, or, evidence that an exemption applies.

Given the complexity of the legislation and the many elements which need to be considered when reviewing the requirement to register, it is anticipated that there will be a grace period where prosecution and penalties will not apply for late registration. Having said that, we encourage everyone to take reasonable steps to ensure registration, where applicable, is done in good time.

VOICES FROM XLNC - OUR INTERNATIONAL ALLIANCE

Germany, being the largest economy in Europe, has always been one of the most important locations of choice for international investors. UK investors have historically been connected to Germany, with the UK being a significant trading partner of Germany. BREXIT has impacted on the trade relations between both countries. While the export volumes from Germany to Great Britain have declined by almost 27% between 2015 and 2021, the import volumes from Great Britain into Germany also show a decrease of 16% in the last two years, which is in complete contrast to the overall German foreign trade during the same period. Despite this impact, the overall interest in cross-border investments is unwavering.

UK investors seeking direct investments in Germany face a legal environment that is significantly different. In particular, the German tax environment poses certain obstacles, which – if not anticipated correctly – can have a significant impact on the overall success of the investment.

Read more from Schlecht und Partner on how to avoid these obstacles here.